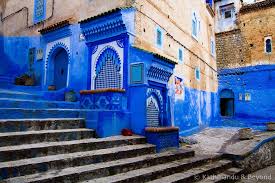 Chefchaouen or Chaouen is located on the horns of the Rif Mountains and just south the Mediterranean it is a relaxing and welcoming town. This day will be dedicated to exploring the simply beautiful city of Chefchaouen where everything is set dramatically climbing up the mountains. Load up your cameras! Its blue-washed houses, narrow cobbled streets, and mountainous backdrop create a tranquil and photographic setting. If you like goeat cheese, this is the best place to tast some. Back to Fes late evening. 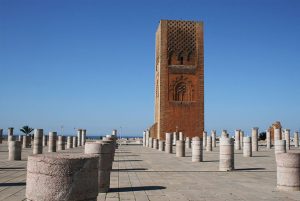 Rabat is the official administrative capital of the kingdom. Three hours driving from Fes would allow you to explore Rabat where you will .visit the Mausoleum of the previous kings Mohammed V and Hassan II, walk in the Kasbah Oudaya and see the Hassan Tower which dated back to the 12 century, as well as the Necropolis site of Chellah which dated back to the BC time with the Phoenicians, then with Merinid in the 13 century, have some private time walking in the Cornish. Back to Fes aprx at 5 pm. 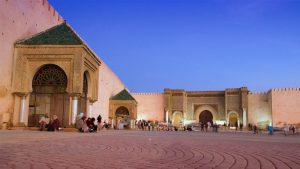 1 hour and half driving from Fes would take you to visit the UNESCO world heritage site Volubilis. Here you will spend time exploring the ancient Roman city. With its well preserved mosaics, palaces, baths and soaring arches.

After Volubilis move on to Moulay Idriss, one of Morocco’s most venerated Muslim sites and only recently opened to non- Muslims. It is an alternative place of Mecca. Visiting Moulay Idriss five times in one’s life is of equal merit. The village is known by its famous festival of choosing the most beautiful donkey in the village.

In the afternoon you will be headed to another UNESCO site and once a Capital of Morocco. In Meknes you will visit the Medina with its beautiful Tomb of Moulay Ismail, The Granary, The Square of Lehdim, and the Gate of Bab al Mansour. You will have the opportunity to explore the souks and relax in one of the Square cafes. Back to Fes at aprx 5pm.

error: Content is protected !!
× How can I help you?